10 Traits Of Toxic Parenting Which Can Ruin Children Lives

What happens when the people who were supposed to take care of and protect you make you feel bad? What are the characteristics of toxic parents? Pay attention to the following traits of toxic parenting, both in yourself and in others.

Raising children is not an easy job, and parents, like all other beings, can make mistakes. But making innocent mistakes is pretty different from exhibiting toxic parenting behavior towards their children. Such parents can cause massive emotional stress, mental stress, and damage to their children.

Most of the time, this is done without realizing that it has a long-lasting negative impact on the children. So, it is very important to recognize such behaviors, which is why we have gathered traits of toxic parenting.

Some parents expect their children to always perform to the highest of their abilities. But when they do, they do not receive the required appreciation from their parents. Such toxic parents tend to keep their children in a kind of complex.

They expect a lot but give no praise or motivation in return. This action of toxic parenting is a source of demotivation for children too which ultimately leads them to think that they are of no use. This trait of toxic parents can ruin their children’s futures without realizing.

Maybe parents feel they can also seek advice from them. But this is not fair to the children as it is a breach of their privacy. They may have issues with trusting their parents again.

Many times, parents also judge their children when they share their problems. They may also make jokes or pass sarcastic remarks. Whether it’s done intentionally or not, these effects of toxic parents can have a negative impact on children’s behavior. Consequently of this trait of toxic parents, children are forced to keep secrets from their parents.

3. Want success at any cost

A common trait of toxic parents is that they want their children to succeed at any cost. They often compare them with other children who have achieved success.

This comparison kills the spark in children, and even if they want to do something worthwhile, they will think ten times before opting for it. Instead of encouraging, these toxic parents keep reminding their children how tough it will be to achieve their goals.

Many times, it seems as if such parents see their own benefit in the success of their children. They get a chance to boast to friends and relatives so that they may be jealous.

Also, parents dread the fact that they can be the laughing stock for their friends if their children underperform. Moreover, successful children mean a better life for their parents after retirement.

4. Give instructions but don’t take ownership

Some parents want full control over their children’s lives which is considered as one of the toxic parent traits. This kind of parent expects their children to live according to their rules and expectations. But if something goes wrong, such parents are not ready to take responsibility.

They blame their children for the failures, which can make children lives a misery. This trait of toxic parent teaches their kids never to take ownership of their own actions and behaviors.

5. Keep reminding children that nothing belongs to them

Another trait of toxic parenting is that they keep reminding children that nothing belongs to them. This type of toxic parent’s behavior can ruin children’s lives too.

Such parents keep explicitly stating that everything, such as the house and the money, belongs to them. They make it seem as if they were doing their children a favor by raising them.

What’s more, even when the children want to become independent and move out, these parents discourage it. They psychologically manipulate their children. Such toxic parents are often found saying “We’ve done so much for you, how can you think of leaving us?”

And when the children try to resist this unwanted invasion into their private lives, parents accuse them of breaking their trust and hurting their feelings. This does not improve the relationship instead makes it worse.

7. Keep reminding children of favor they did

Children of toxic parents are constantly told of the favors done by their parents. Initially, parents themselves offer help and appear to be emotionally hurt if refused.

Then the time and again they, directly or indirectly, keep reminding their children of the favors they did. This type of toxic parents should realize that it will not do any good.

8. Want their children to be scared of them

Toxic parents can rarely ever be their children’s friends. They want to be loved unconditionally, but also want to maintain a distance with their children. These types of toxic parenting always want their children to be afraid of them. Such children spend their childhood in constant fear.

9. Blame children for their attitude

Many parents make their children believe that they are responsible for their attitude. A parent who’s a chain smoker could keep expressing how he smokes because of pressure to earn for the children. Such toxic parenting behavior could cause psychological damage to children.

Toxic parents often keep discussing the mistakes made by their children. While in healthy families, parents encourage their children to forget their failures and move on. Many times, this type of toxic parenting also pass derogatory comments on their children’s physical appearance.

Such attitudes demoralize children and may even make them feel inferior. When a child is in trouble, he/she looks out for support and if parents aren’t there the child will try to find others which can be detrimental.

As adult children, learn to recognize whether your parents’ behaviors have psychologically damaged you. Maintain a fair distance from them if it helps you stay sane. But do remember that you cannot completely lose contact with your parents. Listen to their advice but follow your own instinct as well. 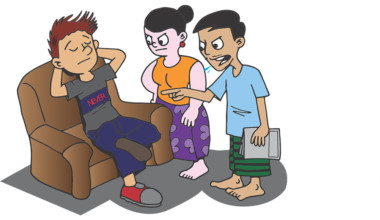 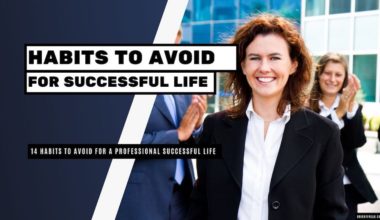 Read More
Everyone wants to be professionally successful and want to make more money. But often we do not realize…
PPsychology 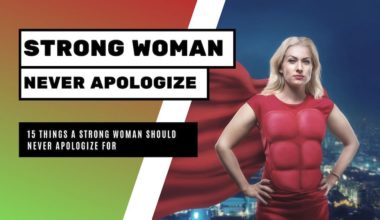 Read More
Women are strong and independent creatures. But we can act sensitively at times and find ourselves constantly apologizing.…
PPsychology 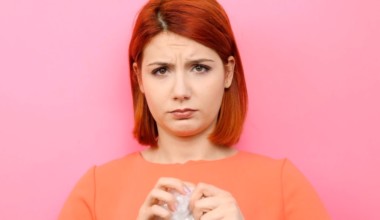 Read More
Anxiety is a debilitating disorder that can be lessened with therapy and medication but the unfortunate truth is…
This site uses cookies to deliver its services and to analyze traffic.OK More details
Privacy & Cookies Policy

Any cookies that may not be particularly necessary for the website to function and is used specifically to collect user personal data via analytics, ads, other embedded contents are termed as non-necessary cookies. It is mandatory to procure user consent prior to running these cookies on your website.